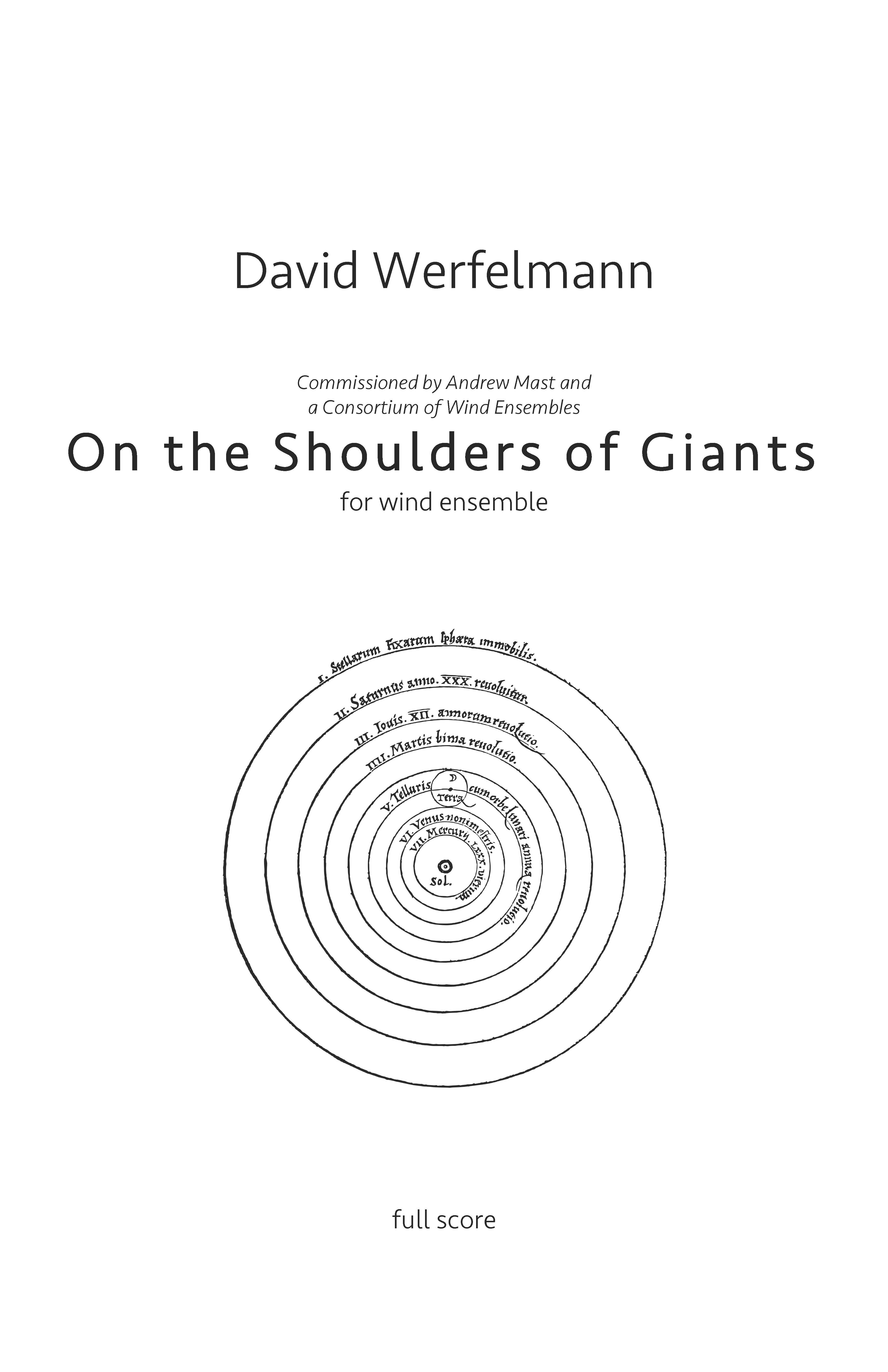 On the Shoulders of Giants

Sir Isaac Newton, when asked how he made so many discoveries in the fields of mathematics and physics, replied “If I have seen further, it is by standing on the shoulders of giants.” While this certainly speaks to his humility, Newton is asserting an essential quality of the sciences, that no discovery or invention can be made independent of the progress and vision of those who came before.

Each of the three movements of On the Shoulders of Giants, then, is a portrait of one of the giants on whose shoulders Newton proudly stood. The first movement, Copernicus, is heroic in character, capturing the revolutionary spirit with which we remember his discoveries. Copernicus developed the heliocentric model of the solar system, placing the sun rather than the Earth at the center of it all. The second movement, Galileo, the Starry Messenger, is reserved and colorful. Galileo was one of the first to turn a telescope to the night sky, discovering the moons of Jupiter and other celestial bodies. This movement attempts to capture Galileo’s profound stargazing with expansive chorale textures and intimate solos. The final movement, Kepler, is intricate and rhythmic. Kepler, the truest scientist of the three, applied rigorously collected data to prove the elliptical orbits of the planets. The music of this movement demands equal precision.